Green routes: the most natural Formentera by bicycle.

Formentera offers a whole compendium of attractions that combine natural beauty with a cultural heritage of the first order. One of the best ways to enjoy both are the 3 green routes that we can travel by bike.

5.5 km long, starts from the port of La Savina and takes us to the famous Ses Illetes beach. We start from the port nucleus next to which they are the old salt facilities. Following the coastline we will pedal towards north passing next to Sa Sequi, a channel also used as a fish nursery that was opened in the middle of the 19th century to communicate the lagoon on our right, the Estany Pudent (today Estany dels Flamencs), with the sea and thus avoid the health risks that they contained its stagnant waters. Following the route we will reach the structure that his day was the salt mill and we will glimpse the first beach, Cavall d'en Borràs, which precedes the long extension of Ses Illetes, named after the small islands that are are in front of her. Long stretches of sand, interrupted by small rocky headlands, give life to a landscape of turquoise waters that will captivate the traveler. Several areas are enabled as parking spaces for bikes, where we can leave them and enjoy an unforgettable dip. 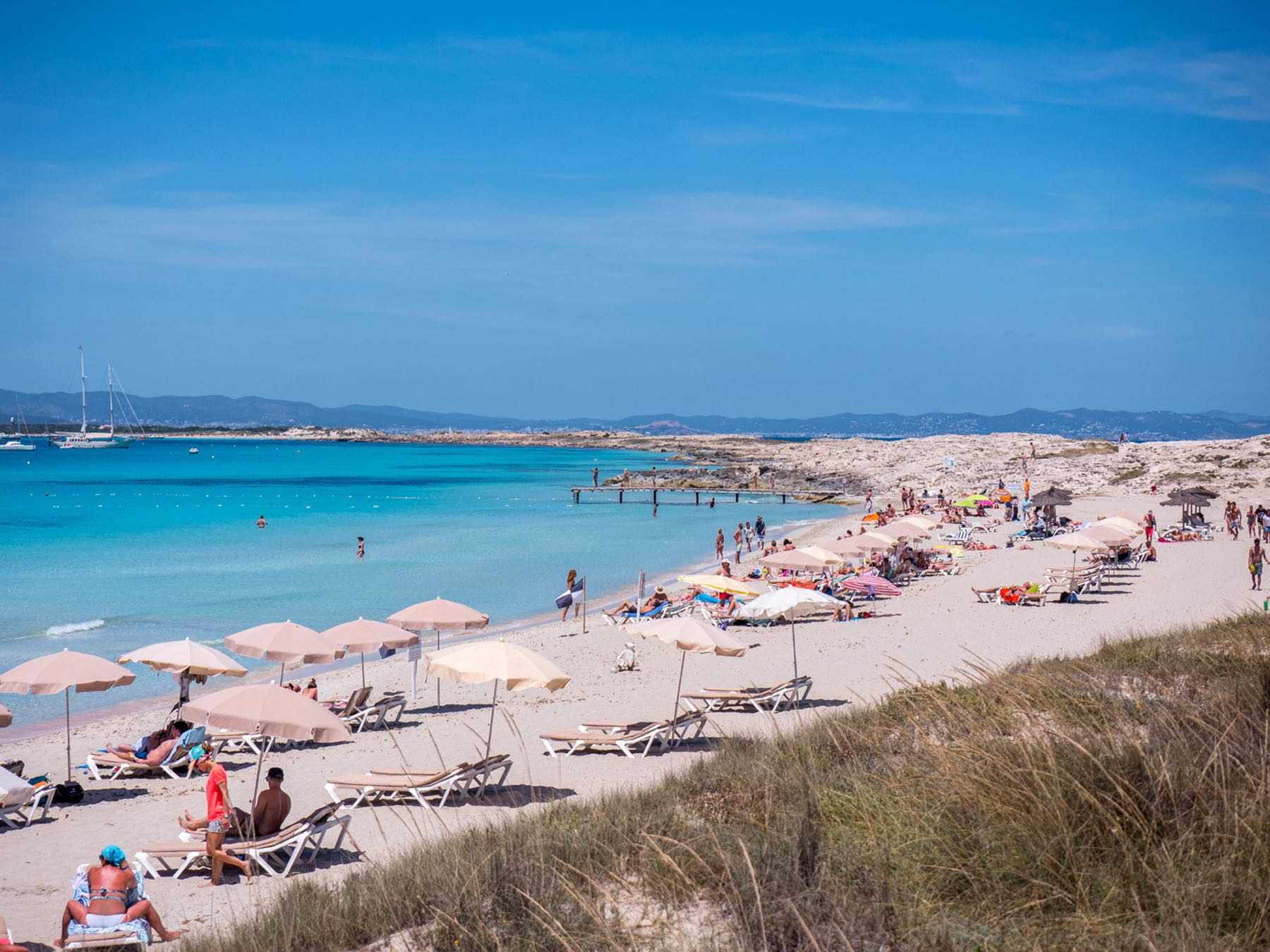 Route 2 will take us from the tourist center of Es Pujols to Es Ca Marí, with a travel of about 5 km. It involves moving from one side of the island to the other, from north to south, from coast of Llevant to that of Migjorn. Leaving behind the beautiful beach of Es Pujols, the path It will take us into the most authentic rural landscape of Formentera. Paths full of history that, between dry stone walls and scattered houses, give us an idea of ​​the effort that supposed the inhabitants to maintain their way of life. The final destination is Es Ca Marí, in full sand of the other great beach of Formentera, that of Migjorn. Close we can contemplate the defensive tower of Es Pi des Català. 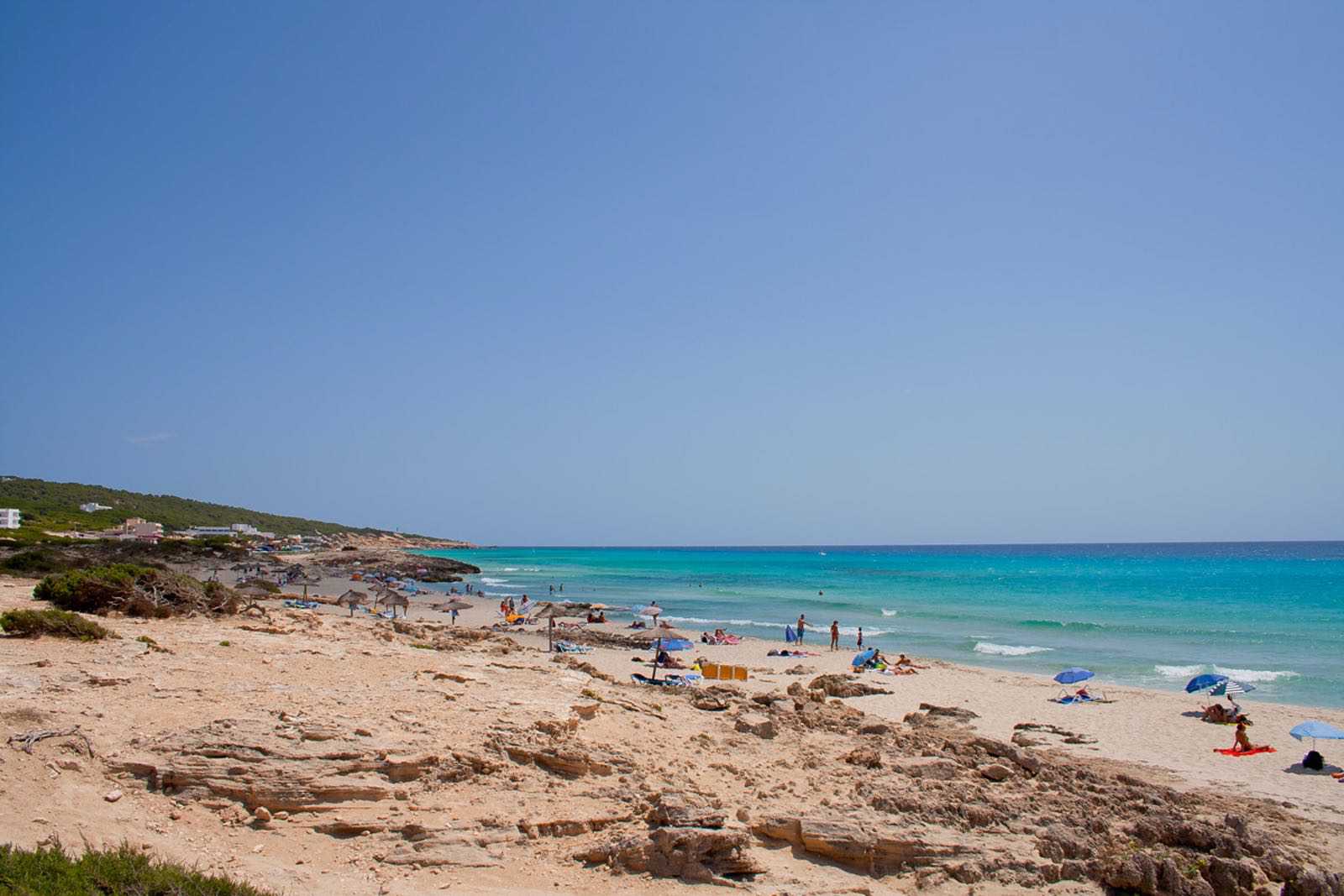 Route 3, with its 5.5 km, starts from the port of La Savina and takes us to Cala Saona. Once we have left the port behind we will take a detour to the right that will take us to go around the Estany des Peix, a lagoon that houses small draft boats. Flocks of sheep under the shade of thick fig trees and stone walls will populate the interior landscape of the path that will leave the pond behind and enter the interior, in south direction. The beautiful views that the nearby cliffs offer over the sea are the prologue to the arrival at Cala Saona, a natural bay of white sand and waters pristines that immediately mesmerize the visitor.

At Mediterránea Pitiusa we offer you the possibility to buy our special package round trip the same day, including the rental of a bicycle to enjoy these routes. The best way to immerse yourself in the beauty of the island.

An island with a lot of flavor

Posidonia, the secret of Formentera

An autumn to enjoy in Formentera

Stay up to date with our news and promotions